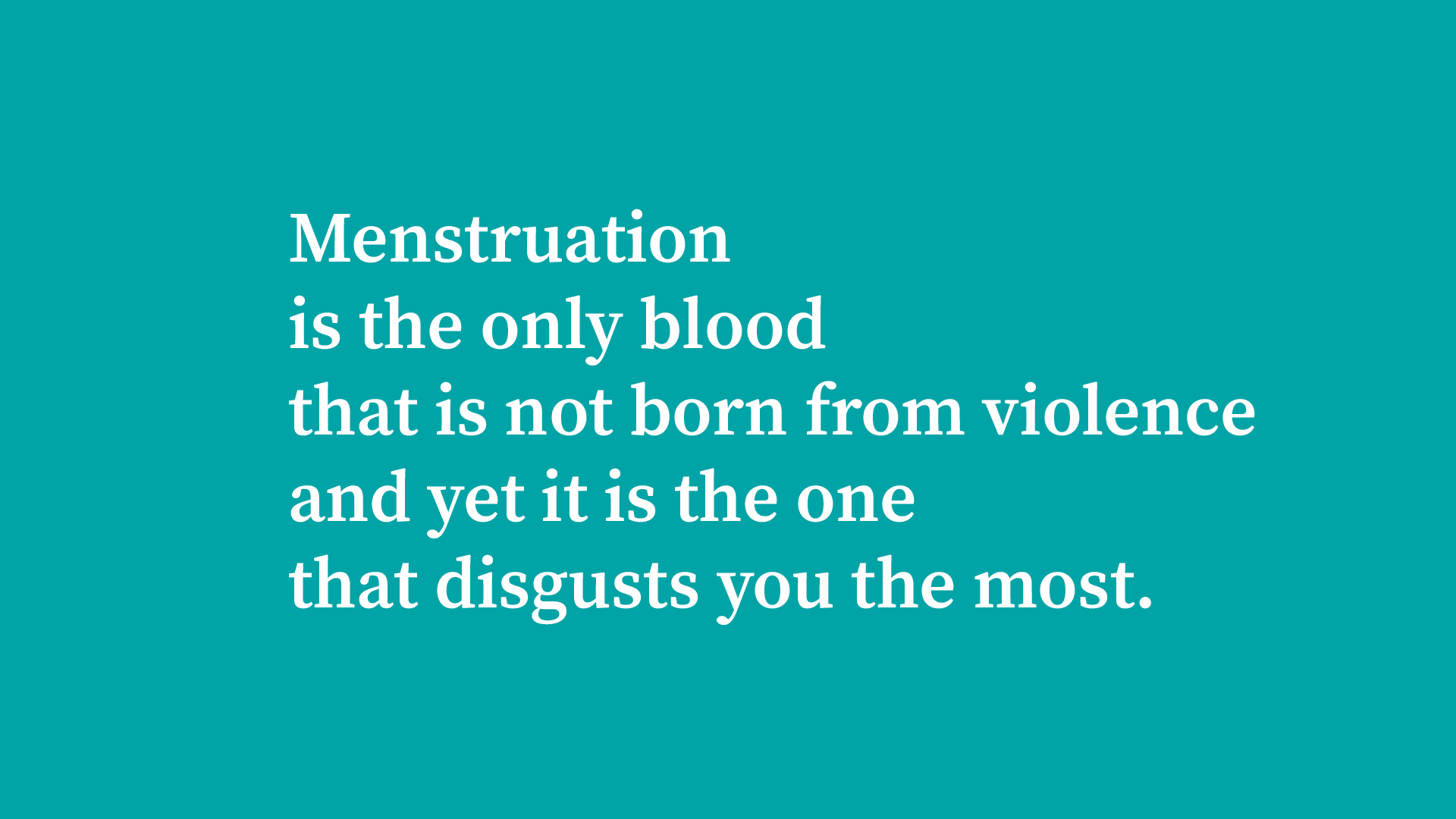 As a co-designer of the New Food Systems innovation space, in which almost 60 partners from business and research jointly develop new food systems – e. g. in the areas of vertical farming, sustainable protein ingredients, insects, microalgae and grasses – our managing director, marine biologist and sustainable resource manager Dr. Alexis Katechakis moderated the kick-off event of the webinar series of the four innovation rooms bioeconomy of the Federal Ministry of Education and Research. He also spoke to Ines Schiller, founder of Vyld.

"It's not a nice transition, but an honest one, Ms. Schiller, you deal with period products and you do not only try to find innovative ways here, but you also say "Yes, we have to talk about it in a more relaxed way. The feeling of disgust, which many people not comprehensible have, should not be given any room at all. How do you personally perceive this whole discussion of the bioeconomy and can you give us a bit of an insight into the start-up scene? Is that really a driving element or does it not matter at all?"

"I would start with the second question, because I believe that it is a very driving element in many start-ups and young companies, because it comes from precisely this motivation: to use resources better, to find other ways, to pursue these cycle-oriented approaches much more and that is often already there – as a kind of premise – before there is actually any product. At least that's how it was for us and I also know many other start-ups that come out of such an idea that other – these extractive – methods are no longer an option and that's why that's absolutely the core. That's why it's also great for us, of course, that it's slowly becoming an issue that's being taken seriously, and it's nice that such strategies now exist and that we're no longer – so to speak – just the young, crazy people who want do everything differently, but that there is an ear for and an understanding and an acceptance that there is also a necessity. (...) And that actually goes quite well with your first question. This feeling of disgust is no coincidence. It has a lot to do with social norms and power structures. For us, it's actually about going in there and saying: No, that's nothing gross. It's also not something that requires a product that's a "hygienic product" – it's not unhygienic, it's just totally natural. It's a natural process and we want to normalize that. We don't want to say: That's really great. It isn't. That's just normal. And that's exactly how we want to develop our products. We just want to try to normalize these natural cycles. There's also the connection for us between this whole climate-marine conservation issue and menstruation, because there are actually pretty similar dynamics at work that we perceive."

"Thanks very much. To elevate both aspects to a meta-level: if I understood you correctly, the federal government’s bioeconomy strategy is not necessarily a driver for saying: Aha, there’s something like that, I’ll deal with and I'll think of something clever, but it's an important support. That's how I understood you."

"Ok. And the second topic of naturalness. (...) Is it also about becoming more aware of what a natural environment is and how we live with it or live by it. Is that also included in your considerations? And is that also something you experience in your environment – in your start-up scene?"

"Yes absolutely. That's really important and it's really important, especially in connection with menstrual products, because there are a lot of products that just don't do that, that use the opposite strategy. Which are somehow only provided with fragrances or which are somehow supposed to keep it away. And that is very important to us: not to do that and to be able to offer a counter-model.
And also in the area of the entire sourcing or our entire value chain. These are also things that we look at and where we want to say: Ok, does it actually make sense the way it is now? Does it make sense that it's across five different continents? Do all these treatments make sense along the way? Or can't we do it in a way that's kind of a little bit more natural? And reduced, so: Do we need all these things that have become established because that's how they've been done for the last 50 years. Or can we do it differently? And that’s why the topic of marine permaculture is so exciting for us, so we can say: Ok, we have the opportunity to build a system here that, at least in Europe, is not yet as mature as land-based agriculture or forestry, where you simply do not have to repeat many mistakes. In other words, where we don't even have to start creating monocultures, but where we can see right from the start how we can incorporate this into a system, how we can even support the marine ecosystems with it – instead of taking something out."

"Thanks very much. So, there will certainly be direct reference points to the blue economy innovation space. We'll hear more about that later. And it goes very well with the start of the UN Ocean Decade, which began last year. So good luck for your future business development."

"What does the sea mean to you?"

"I personally love the sea more than anything, I love the feeling of weightlessness, the smell, the sound, the wind, the waves and I've had some of my greatest experiences on or in the sea. But beyond that, I also know that the sea is the basis of all life on the planet as we know it. If we screw up with the sea, then we really have a problem."


"How did you come up with the idea of founding Vyld?"

"During my training as a marine guide, I was able to learn a lot about the incredible diversity and sustainability of algae. Since then, I have always had seaweed on my "Things that save the world" list. When I then worked in the area of cell-based fish, algae was always an issue and I finally asked myself what useful things could be done with them outside of the food area. And as a menstruator, I've been looking for sustainable alternatives that actually work for a long time – algae, the sustainability champions, are super absorbent and super healthy, and bam, the idea for Vyld was there."


"What is your advice to other entrepreneurs developing products that protect / relieve the ocean?"

"Let's keep working together so well! I experience the industry as extremely collaborative. Competitive thinking in this area would also be nonsensical, because after all we all work for the same thing. And we have enough other headwinds to make life difficult for each other."


"What would you wish for from investors?"

"We not only want to develop sustainable products, we also want to do it in a sustainable way – the financing structure is central to this. That is why we are a steward-ownership company, i.e. the profits are reinvested to pursue the company's purpose instead of being distributed to shareholders. Of course, our financiers get their invested capital back with a multiple, but we didn’t start to make investors rich, but to save the oceans. We wish and expect an understanding of this rethinking in the economy from investors who are committed to impact."