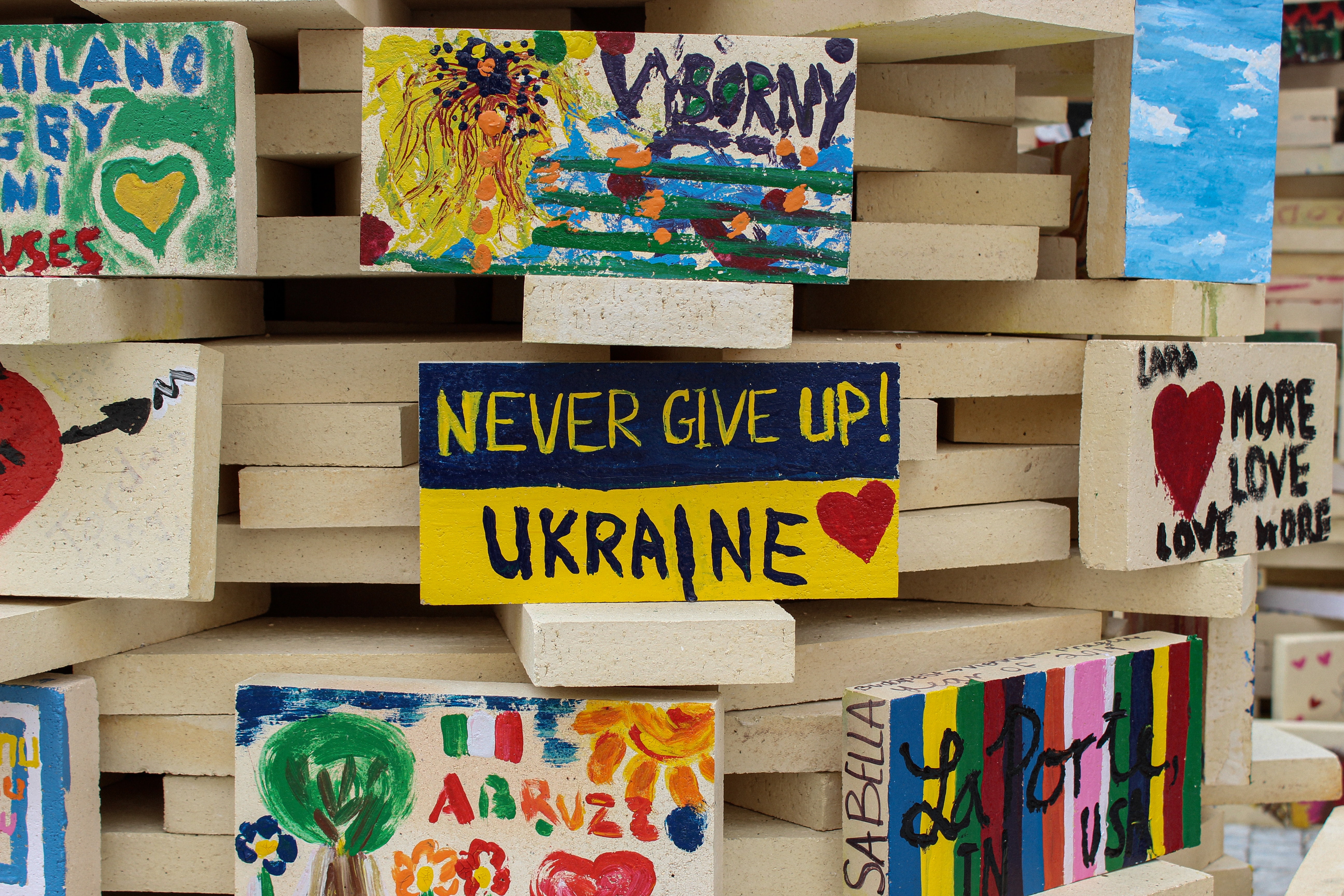 The fors.earth directors Frank Sprenger and Dr. Alexis Katechakis discuss the impact of the war in Ukraine on sustainability

War in Europe – a scenario that until recently seemed unthinkable. And yet, for several months now, we have been confronted with the unimaginable. Apart from the indescribable suffering the war has brought upon thousands of people, it also forces us to give up old certainties. Nevertheless, in addition to the much-cited "turning point in time", positive changes are still possible, think our two directors Frank Sprenger and Dr. Alexis Katechakis in our latest fors TALK. They exchanged views on the impact of war on sustainability efforts, whether global shocks are slowing transformation and why corporate behaviour under the impact of war gives reason for hope. *

What does the war mean for sustainability?

Alexis Katechakis (AK): On the one hand, I've noticed a change in socio-political priorities. This is understandable, but it takes a back seat to the major changes we must deal with, such as climate change or the loss of biodiversity. The redistribution of households may make sense in the short or medium term, but in the long term it will lose sight of what our actual livelihoods are. On the other hand, I also realize that sustainability is gaining in importance in this situation. The issues of sustainability have a lot to do with fairness or peace making, because it is about uniform livelihoods and a good quality of life for all people. In my view, if we could create a better quality of life for everyone, the likelihood of such conflicts would be reduced.

Frank Sprenger (FS): I, too, am assuming that shifts in the budget will remain of a more short-term nature. I think the double challenge of Corona and the Ukraine war will raise the question in society what is important for our quality of life. The unspeakable phrases, the "virtue signalling" with empty statements like "Peace is important to me!" or "Human rights are important to me!" will be put to the test. We all must question ourselves about the consequences of our consumer behavior and our economic behavior.

Will the "double blow" from Corona and the Ukraine war accelerate or slow down the major transformations?

AK: Various levels have to be taken into account here, not only the socio-political changes but also the scientifically necessary changes. The psychological level is difficult to assess. What are these two global shocks doing to people? I see a wide spectrum: people who are so affected that they are in a state of shock, others who deal with it rationally, and still others who don't care about anything, for whom personal advancement comes first.

FS: I think we're still in a kind of shock state, so at first it might feel like the transformation is slowing down. I believe, however, that the opposite will be the case in the medium term. You can already tell that people are moving, that they have come into action and have thought about what can be done specifically. At fors.earth we are working on long-term projects and we know that the proof points [sustainability measures and best practices already implemented in companies] and their frequency will increase. People will understand that the narrative "We're reaching our planetary limits, everything will change!" is much more consistent and much more reliable than the narrative "Don't worry, we can fix everything with a little carbon neutrality!". In this respect we will see a huge acceleration. One only has to look at the reaction of companies to now cull business in Russia. Just a few weeks ago, no one would have thought that possible. Some companies are taking massive action against their economic interests - I find that fascinating.

AK: Apart from the war in Ukraine, I also see that more and more companies are taking responsibility. Responsibility in terms of action. That makes me feel very positive, because over the past ten years I have rather had the impression that socio-political systems are too slow to react to changes, let alone deal with them proactively. In the Ukraine war we see companies change their behavior within a very short time. If that could be transferred to the other big challenges, it would give me a lot of hope. On the other hand, we are experiencing a shift in dependencies and geopolitical cooperation. It would be fatal if other – I deliberately call it – “fronts” were to form now, because in my opinion all the challenges we face can only be solved together. If we now develop new camps – the Russia-China axis vs. the classic Western industrialized countries – we create new problems elsewhere.

What changes are companies facing in terms of sustainability and responsibility? Which processes are taking place in the minds?

AK: Companies still need to think harder about how the global changes will affect their business. Originally from an economic perspective: What does it mean for business development, for competitiveness, for products and services? Acceptance will play an increasingly important role here, not only in society, but also among the workforce. Employees question much more often than before how a company positions itself, whether it is authentic and credible, and whether it takes on its social responsibility. This bottom-up movement will have a greater impact than before on processes, structures, and hierarchies in companies. I see this as very positive, because we need more intensive networking between society and the corporate level. Every person who works in a company is not only an employee, but also an individual with personal values and ideas for shaping their own lives as well as society.

FS: Employees are also often underestimated. They no longer indulge in false narratives. They must develop confidence that their company's management is able to navigate these uncertain times and find a route through the terra incognita. I see a real change there, an openness against bullshitting, towards real performance and an open approach also and especially to uncertainty

"To end on a positive note" - what positive effects could the current situation have on sustainability??

AK: The momentum we are seeing now will - and must! - continue to accelerate. I also hope that facts will play a greater role again and that science in particular will be heard more. The connections are not always easy to understand, but there are people who are able to provide valid information that can serve as a basis for action. My greatest wish would be that, against the backdrop of uncertainty, we would consciously cooperate again. Whether within companies, along value chains or even across entire societies. Especially in Germany, we sometimes get in our own way with our procedural, analytical approaches. The future cannot be planned as we might wish. Conscious cooperation could lead to people listening to each other more, to developing mindfulness, and to us finding solutions together with a certain improvisational and innovative power that didn't play such a big role in the past.

FS: I see it very similarly: after a phase of paralysis, cautious optimism is now spreading. A crisis like the war in Ukraine puts our priorities back in perspective and reminds us of what really matters. It's not about the next vacation, it's about access to health care or education, for example. And what I'm noticing more and more: Simple narratives are dead. Real, unfortunately sometimes somewhat complicated facts will determine our future.

*The original interview took place in April 2022 and has been slightly shortened and edited for readability.